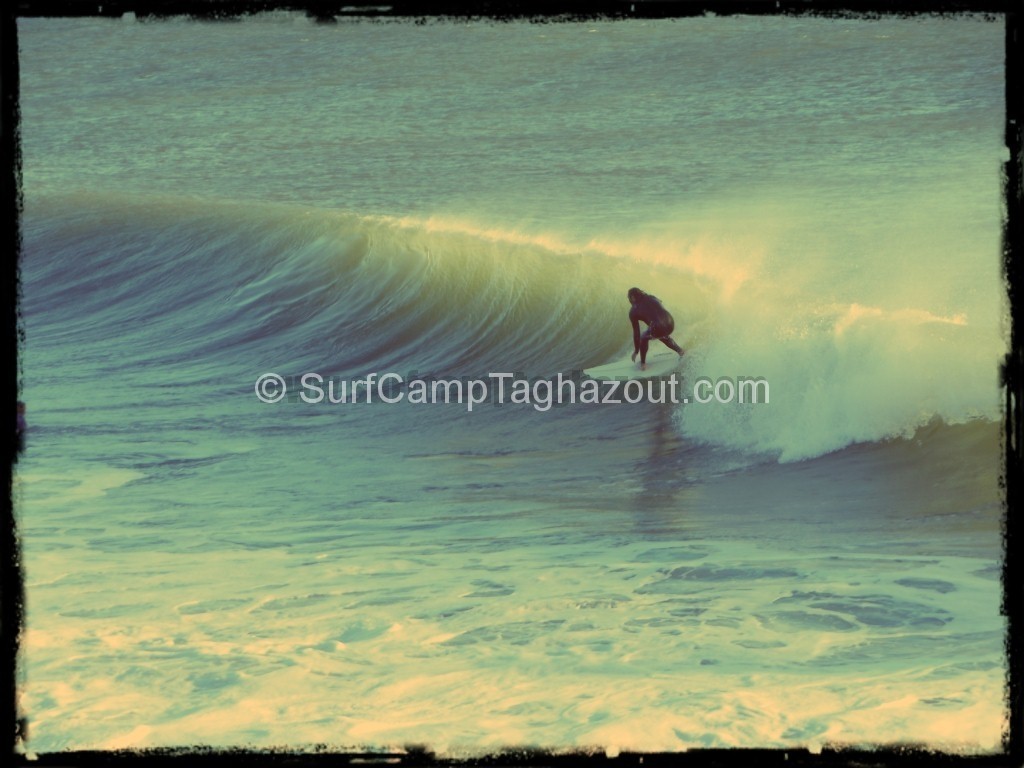 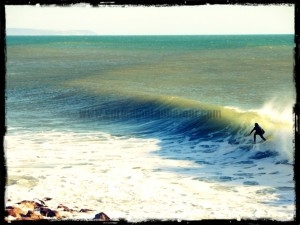 Last week our handsome men from Surfcamp Taghazout spent just another day wondering where they could find some waves on a rather average day considering swell and wind conditions. All the Taghazout Surf spots around the hostel looked as flat as the Mediterranean Sea, and our men were devastated by the strong wind blowing through their sun-bleached hair.
So what to do? They settled for the desperate option: pick the best of the worst. So we packed the van and started heading North. An afternoon Tamri session, even though pestered by even stronger winds, was the only chance to catch something close to a wave. Off we went, another try to conquer the surf in Morocco.
And then we saw Boilers. Boilers was surprisingly…boiling.The boys were getting somewhat excited in the car, poking their heads out the window to get a better look. Was it possible that they would not have to face the messy waves at Tamri but find a smooth ride just here? We sat and watched. Kris, head pooch of the very manly bunch, and Sam, our little puppy, took the lead. They were willing to risk the jump from the slippery rocks into the heavy whitewash. Only a few minutes later Kris was shooting down the wall of his first wave, finishing it with a graceful jump off the back in order to escape the danger of the shallow water and nearby rocks. Soon after, Sammy followed Kris, turning and cutting back on his ride. Meanwhile, Adam and Adam were watching them, still wondering if they should join their fellow pack in the ocean. It would mean to get in the cold water and bear the freezing wind. But the waves Sammy and Kris were riding convinced them that it was worth the chill and so they put on their wetsuits and jumped in. 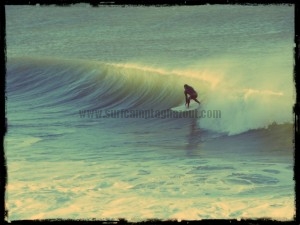 It turned out to be a fun session. Of course, I could not join them in the water, dreading the dangerous access to the waves, I could not ride anyway. Luckily, I have just as much fun taking pictures of surfing as I have when I am surfing myself. I was able to get some incredible shots which, of course, I will not keep from you. The session ended with an almost too perfect sunset. The dog pack crawled back into the van, freezing but very, very happy. Driving back the beautiful coastline, Moroccan surf showed us yet another time that it is full of surprises and a good sneaky wave can be just around the corner. It is always worth looking, it is always worth a drive.