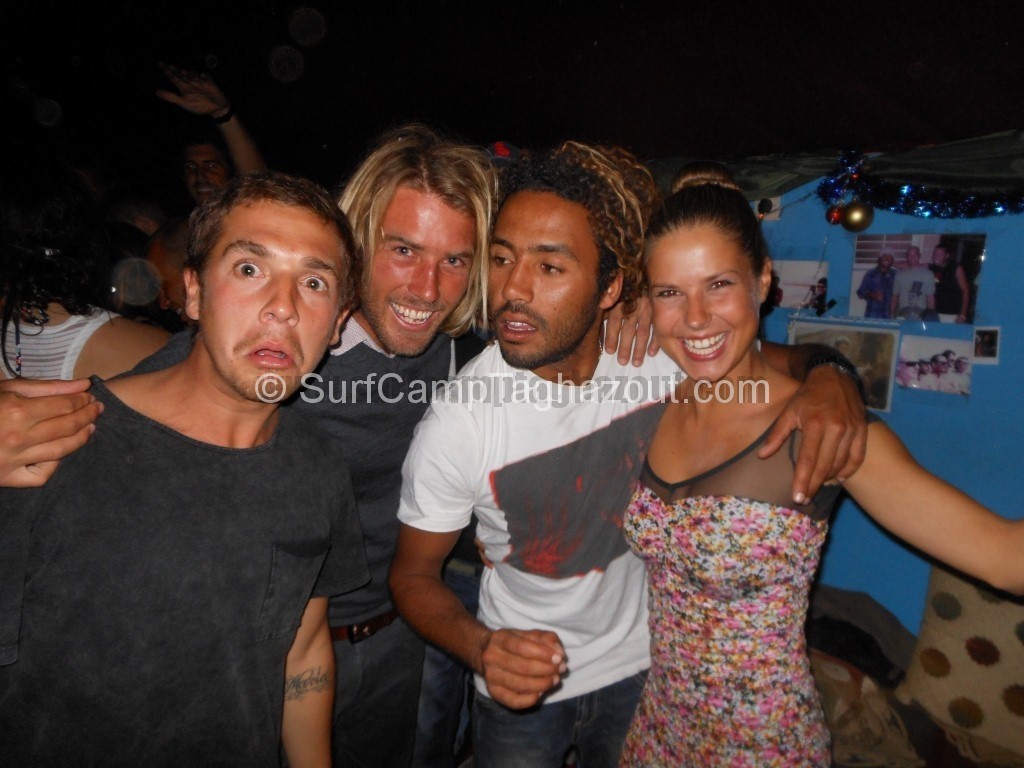 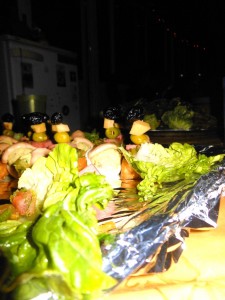 Happy New Years everyone! I hope everyone had a just as amazing night as we did at Surf Camp Taghazout! I promised to tell you about it, so here we go.
First, thanks to our awesome kitchen ladies Naima and Fatima, we had an extraordinarily delicious dinner to kick off the night. Finger food and tasty salads were being served as the barbeque was fired up to spoil us with some sausages and chicken. 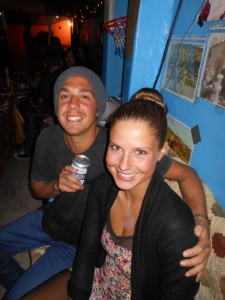 Aga and Adam getting started on the night

Everyone started to enjoy some drinks and Dave, our guest from New Zealand, seemed to be extra thirsty that night. He turned out to be a great drinking animator, getting everyone to skull their drinks, have some shots, and get in a NYE mood rather quickly. Later, he explained he just didn’t get the feeling that everyone was drinking enough. 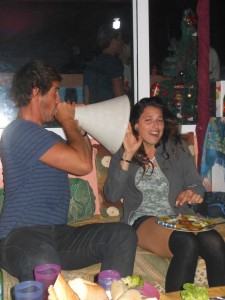 Our six Dutch boys had invested some money, and got themselves a special treat, which they saved up until that night (which must have been really hard for them, considering they finished several bottles of alcohol every night) – a big bottle of finest Grey Goose Vodka. Weirdly, they decided for a risky gambling game of “how long is the bottle gonna last if we put it on the floor where everyone is walking through”. Needless to say, it didn’t last very long. Adam, one of the Aussies, made the call and knocked it over when it wasn’t even open yet. Therefore, the Dutchies had to come off their high horses and turn to cheaper sorts of alcohol with a great headache potential. 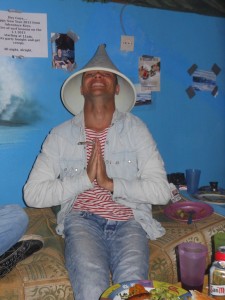 Meanwhile, Dave was getting in a sexy mood dancing his ass off – literally – and flirting his way through Denmark, the Netherlands, and Canada. He also thought it was a good idea to snort some wine from the table. Overall, he was the fun drunk night that night, an entertainment program worth watching for quite some time.
Our other guest were getting in a dancing mood as well and slowly the dance floor started to fill up with elegant to awkward moves. The party kept getting better and better. 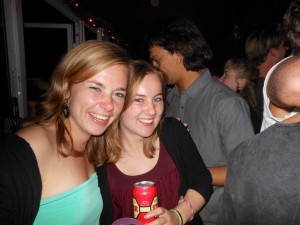 And then, midnight. That was my favorite part: a big hugging and kissing fest that lasted for a good ten minutes. We learned how you say Happy New Years all over the globe, the Dutchies placing three kisses on your cheeks, and the drunk Aussies confessing their love to everyone they know. It was a midnight to remember. Then we literally just partied until it was time to go to Agadir and see the House Bros. Some of us, as every year, didn’t make it to the party but the Dutch boys did. 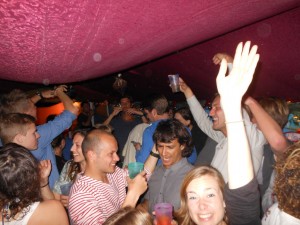 Or at least almost did. Didi, one of them, only made it to the table, then he fell asleep. Another one kissed a Moroccan girl and almost got married (so she thought). The rest of them enjoyed their bottle of vodka they had, and that is why they can’t tell us anything else about that night or how they got home.
What they do remember is that back at the hostel they found Dave sound asleep in his bed. But he wasn’t alone! A foot long sandwich made it into his bed with him, and so did some chicken pieces. 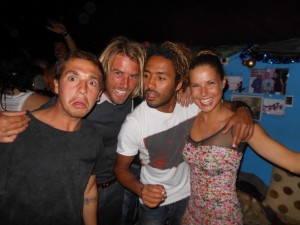 To sum it up, it was a great fun night and if you were not part of it, make yourself part of it next year! Everyone should experience at least one New Years Eve at Surf Camp Taghazout! Make that your New Years resolution;)