March 8, 2022 Update: This post is post no longer relevant, for the latest entry requirements, please visit the official source

The Moroccan government has published today Thursday November 18, 2021, the updated list of countries where passengers are allowed to enter without providing a negative PCR test result, or what is know as list A countries.

The most notable change in this latest update is Spain and all Scandinavian countries, Norway, Sweden, and Denmark, in addition to Finland and Iceland 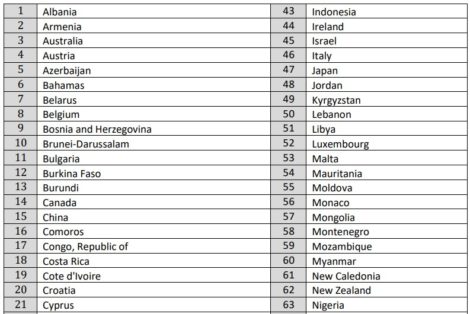 What are the steps to be followed by travelers from A-list countries?

The classification of countries into two lists was made following studies established by the scientific committee of the Moroccan Ministry of Health to evaluate the epidemiological situation of each country. The A list includes all countries that can access Morocco and to which it is possible to travel.

Travelers from List A countries must present a certificate attesting that the person is fully vaccinated. They must also present, before boarding, a completed health form in which the passenger address is mentioned along with two contact numbers to locate the passenger.

Upon arrival in the national territory, travelers on list A must undergo a systematic temperature check and another random check by rapid antigenic test.

Children under the age of 6 are exempt from antigenic testing. 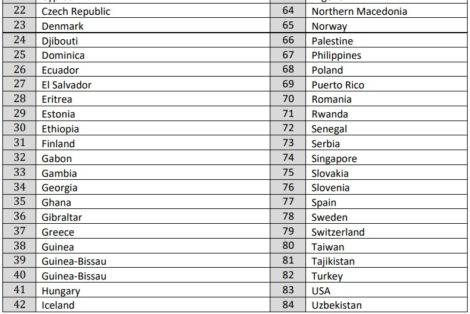 List B countries are not included in the first list and are not affected by the relief measures available to List A countries. As the gradual opening of the borders is an evolving process, an update of these two lists is planned every two weeks.

Travelers from list B must present a certificate attesting that the person is fully vaccinated and a negative PCR test less than 48 hours old. They must also present, before boarding, a completed health card in which the passenger address is mentioned with two contact numbers allowing his location.

In case of a positive rapid antigen test on arrival of travelers from both lists?

Moroccans and foreigners residing in Morocco who test positive upon arrival in Morocco will be taken in charge by a health structure, with confinement of 10 days Any other passenger testing positive on arrival will not be allowed to enter the country

What about people in transit?

A person from country B in transit through a country must complete the 10-day isolation. However, if the person is in transit for more than 10 days in country A, he or she does not need isolation in Morocco.

About the Author: Surf Camp Taghazout

Surf Camp Taghazout is a travel company founded in 2011, with the goal of sharing the waves, the culture and the experiences that the small fishing village of Taghazout has to offer.

Contact us to check available spots, are you a group of friends / classmates of 5 or more? Contact us for discounts.

Please log in again. The login page will open in a new tab. After logging in you can close it and return to this page.