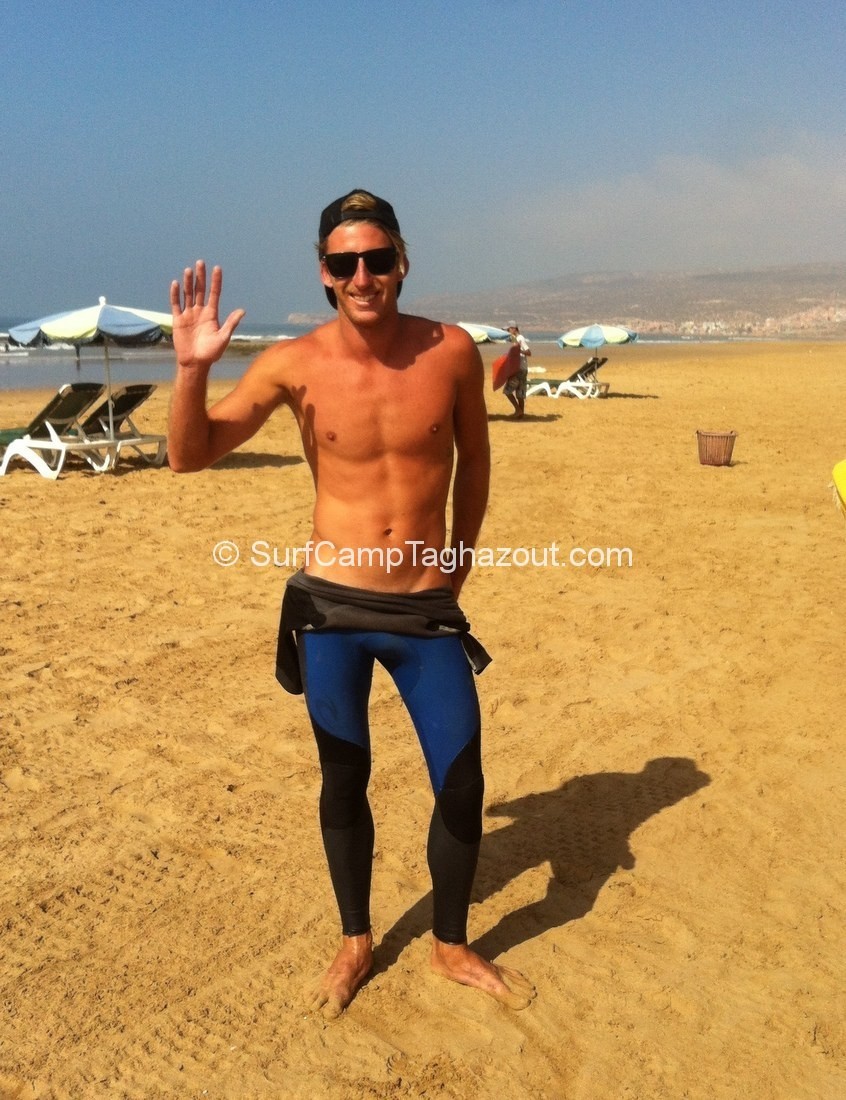 Surfing has always been a sport that I wanted to try, but never have. My reasons for not trying to surf are not very acceptable for someone who says they want to try something. It has been around me for more than half my life as I live in California presently, and grew up in Alaska (there is surfing there). Plus, I have many friends who surf regularly and offer to take me out. With that said, I know what you are thinking: straight FAILING. I should have been surfing for years at this point, right?

I am finally earning some major redemption points for my lack of trying, though. After all, I did come halfway around the world to Morocco in order to spend the next month of my life here at Surf Camp Taghazout.

The night that I got into Taghazout, I hit the sack as soon as I found out where my room was… The only thing I knew about this place was that breakfast was everyday at 8am, not a time that I think is ideal when considering the lack of sleep it will inevitably lead to. That’s why my sleepy brain had all but the most minimal interest in my first morning in Taghazout. But as it is in most hostels where you do have communal rooms,  there is at least one person (or in this case several) who does get up first thing to take advantage of the early breakfast layout to help them start their day. 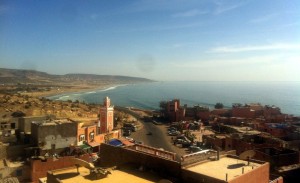 One of the guys in my room must have just known the words that I needed to hear to get me up and moving: “There is coffee and food upstairs”. This statement literally made me jump into wakeup mode because for me, coffee is a godsend, and therefore a perfect reason to wake up early no matter how much sleep I’ve gotten.

Luckily, waking up and getting upstairs also presented me the opportunity to decide how to spend my first thrilling day in Taghazout. 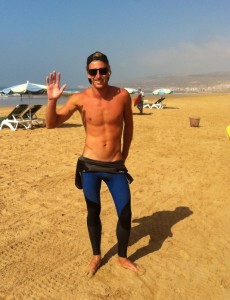 I have to say though, still being pretty tired, I was half tempted to stay behind and have a day to myself and get settled in. That plan didn’t last long because there is just something about an Aussie asking you if you want to go for a surf lesson that day that is just hard to say no to.

So Monty is a super nice guy, from where? You guessed it –  Australia! I talked to him for a few minutes and got the jist of what the plan was for the day, and decided I was in, no more silly battles with my tiredness were allowed. After my decision was made, I was informed we were going to be on our way out the door in about 30 minutes. I just needed to get set up with a wetsuit and board. Hamid, the hostel manager was kind enough to help me get a wetsuit sorted. After that, I was headed down the stairs to the board room to choose my surfboard of choice for the day. Once that was all settled, I met the rest of the group outside and we walked down to the close local beach here in Taghazout called Panorama. 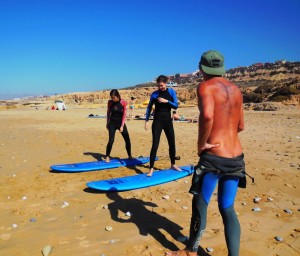 It is a great location, and a quick 7 minute walk from the surf house! I was thankful for the short commute, because on this particular day, there was a pretty large number of us, and shuttling would have been a nightmare. October is the beginning of the busy surf season here in Taghazout, Morocco. The waves start really coming in, and with them so do the tourists and surfing enthusiasts. Fortunately though, a busy day or week here, will never compare to what it is like to be on the beaches in peak season in southern California. The beach and weather at Panorama were perfect and barely anyone was around.

Once we were all down on the beach and got our area set up it was time to dive into our first lesson.

It started as you might assume all surfing lessons would begin: We all lined up side by side,with our surfboards on the ground, pointed towards the water. The lesson started with Monty going over the absolute basics of the boards, the nose, the fins, the base etc. (→ The shore is not the only view at Panorama.)

Then we moved onto what steps you take to stand up on the board.

The “Pop Up” is the move that all surfers use to stand on their board. It is one fluid motion in which you pop yourself up into a standing position. Once all the steps had been explained and demonstrated, we laid on our boards and practiced the paddle motion into the pop up. After trying this several times we set off to try it, in the whitewater part of the wave… 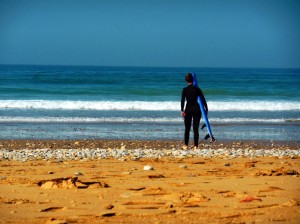 On land, my pop up was pretty good, though not great by any means. It at least had potential. When we went into the water however, it seemed I had absolutely no ability to perform this motion to more than just my knees. This means that in my case, a lot of practice is going to be necessary in the coming weeks before I see any progression. I did however seem to have pretty good balance on my board when paddling and attempting to catch the whitewash that we were learning on, which I was very happy with in the end (thank you, years of snowboarding).

All in all, my first attempt was a great experience, and I am looking forward to many more days on the water. I will keep you posted on my wave learning experiences on here, and as always if you have any questions for the surf camp, please email  info@surfcamp-taghazout.com