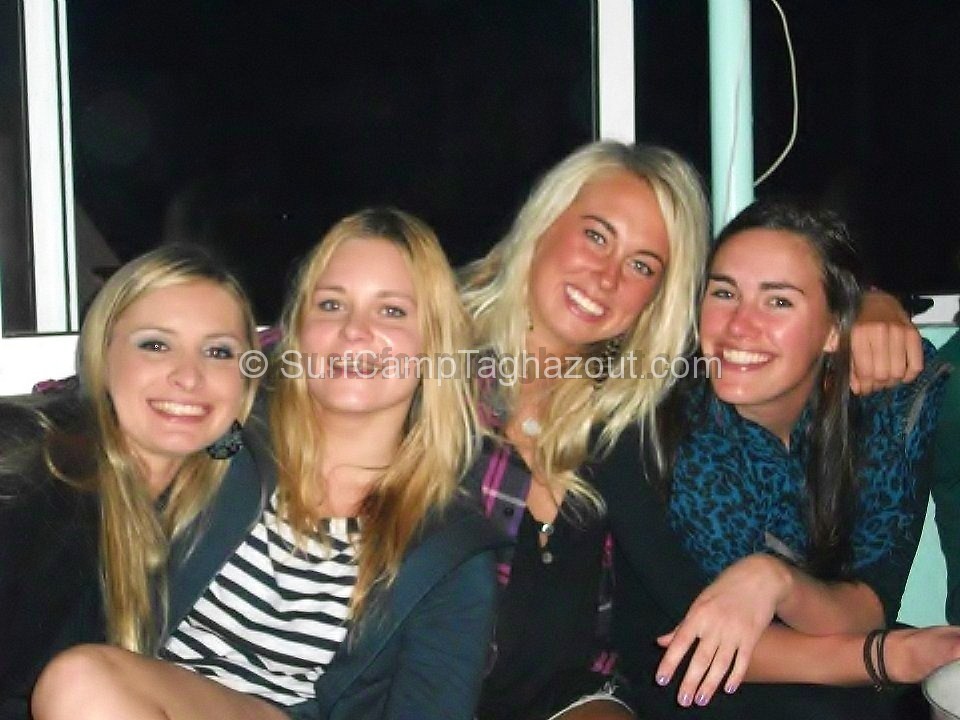 Christmas has been wonderful at Surf Camp Taghazout, and now we are all looking forward to New Year’s Eve. In anticipation of the night, I was wondering what this exciting event was like last year? That’s why I went on a little quest to recollect the memories of those lucky ones who were here on the 31th of December, 2011.
What I found out, sounded like a pretty crazy rooftop party. But let’s begin from the start. After a nice surf, everyone gathered on the terrace to enjoy a breathtaking sunset and their first of many drinks of that night.

The boys were also playing some kind of gambling game with dices and money. Apparently, they really got into it, and this game was continued throughout the night. Meanwhile, the girls were getting ready for the night, of course, wanting to look their best on this very important evening. Why so important? Well, everyone is longing for a kiss at midnight on NYE, right? So that is why eyeshadow and lip-gloss were applied, and nice clothes were put on. 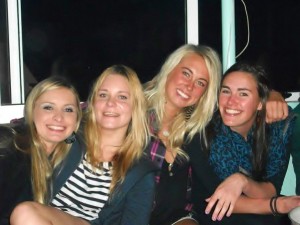 And then everyone was upstairs and the party was about to begin. It turned out, Australians know very well how to start a party. They came upstairs with a large pot of Australian soup. This is a very strong, deceiving punch. It is so sweet and tasty, you don’t even know how powerful it is. It got everyone going and one guy even gone. Poor Paul from England had a little too much of the magic soup and did not get to experience his potential midnight kiss. He fell asleep way before midnight. 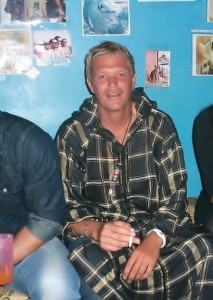 The guy who didn’t make it until midnight

Others felt their spirits waking up. One very beautiful Norwegian girl started dancing like a maniac, accompanied by a very drunk Moroccan who probably had the dance of his life. Unfortunately, he had to be removed from the scenery at some point, due to his lack of ability to stand up straight. The more of the soup got poured into the colorful cups, the better the party became. Girls and boys were dancing, a guy named Tommy performed a rap and a bush dance, and, most importantly, people started to approach each other and get kinky in the corner. Girls were sitting on boys’ laps and the roulette of who is going to get whom began. Many myths about that sprang from this night, and nobody can tell for sure what happened later behind closed doors of the Surf Camp. But, as everyone confirms, it definitely happened, some people got their midnight kiss, and some got some more. A few guests did not want to finish their night here, so they went out to Agadir’s night clubs to continue the party. I don’t know what happened there, no one has any recollection of it, even those ones who went. 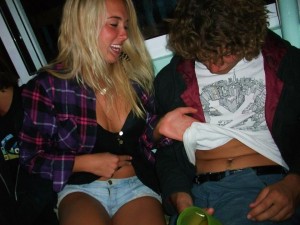 All the former guests I have asked, agreed that it was an amazing night (and there is a video of it here!) The party continued for a few days at the camp and on the beach. Some of the guest have come back to do it all again. Hearing these stories, I am really excited for this year’s New Year’s Eve Party, and I hope it will be as legendary as the last one. I will definitely let you know how it went. But for now, HAPPY NEW YEARS EVERYONE!