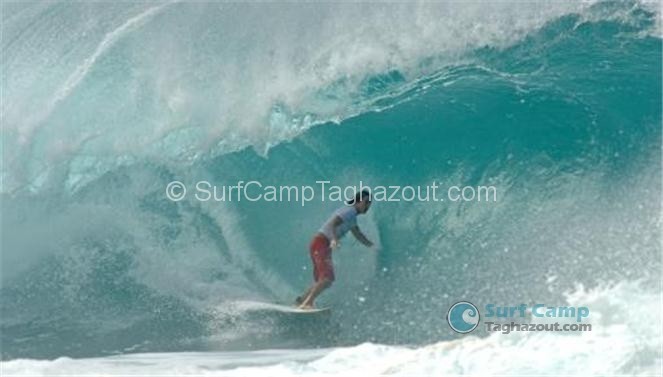 Australia’s Kieren Perrow and Brazil’s Gabriel Medina made it straight into the third round at the Quiksilver Pro France, the seventh of ten stops on the 2012 Association of Surfing Professionals (ASP) World Championship Tour, after walking away with top honours from their respective Round 1 heats that went down at La Graviere in Hossegor, France, on Sunday, September 30.

Perrow got the better of his compatriots Adrian Buchan and Julian Wilson in the 11th heat to advance through into the third round, causing both his rivals to get relegated to the second round where they faced a must-win situation.

The 12th heat saw Medina claim victory over Hawaii’s Fredrick Patacchia and America’s CJ Hobgood, forcing both his rivals to take a trip to the second round to surf again for the Round 3 spot.

The three-to-five foot waves on offer at the primary event site had challenged the elite ASP surfers a couple of days ago and the situation had not improved at all, thus promising yet another day of demanding battles.

The 11th heat saw Perrow pitted against Buchan and Wilson in a three-man battle for the Round 3 spot.

Perrow got off to a slow start, taking his time to adjust to the conditions and exhibiting a lot of perseverance as he continued to hunt for a decent opportunity. After a long and determined search, he managed to post a 5.50 on the score-board and soon backed it up with a 3.73-point ride to finish with a decisive heat-total of 9.23 points.

Buchan scored a 2.67 and 4.17 to finish with a heat-total of 6.84 points, thus finishing in second place, whereas Wilson collected a couple of scores in the three-point range for a two-wave total of 6.54 points.

The 12th heat saw Medina put on the performance of the day as he comfortably prevailed over Patacchia and Hobgood.

The Brazilian sensation got down to business right away, pulling off a series of exquisite tricks on his first business-wave to earn a 9.00 for the effort. After going through plenty of waves, he found a 5.33-point ride, which served to take him to a heat-total of 14.33 points.

Patacchia looked a bit rusty during the heat and only managed to get to a heat-total of 8.34 points, which included a 4.67 and 3.67-point ride.

Hobgood finished third after getting a couple of twos off his best-two waves to eventually register a heat-total of 5.23 points.